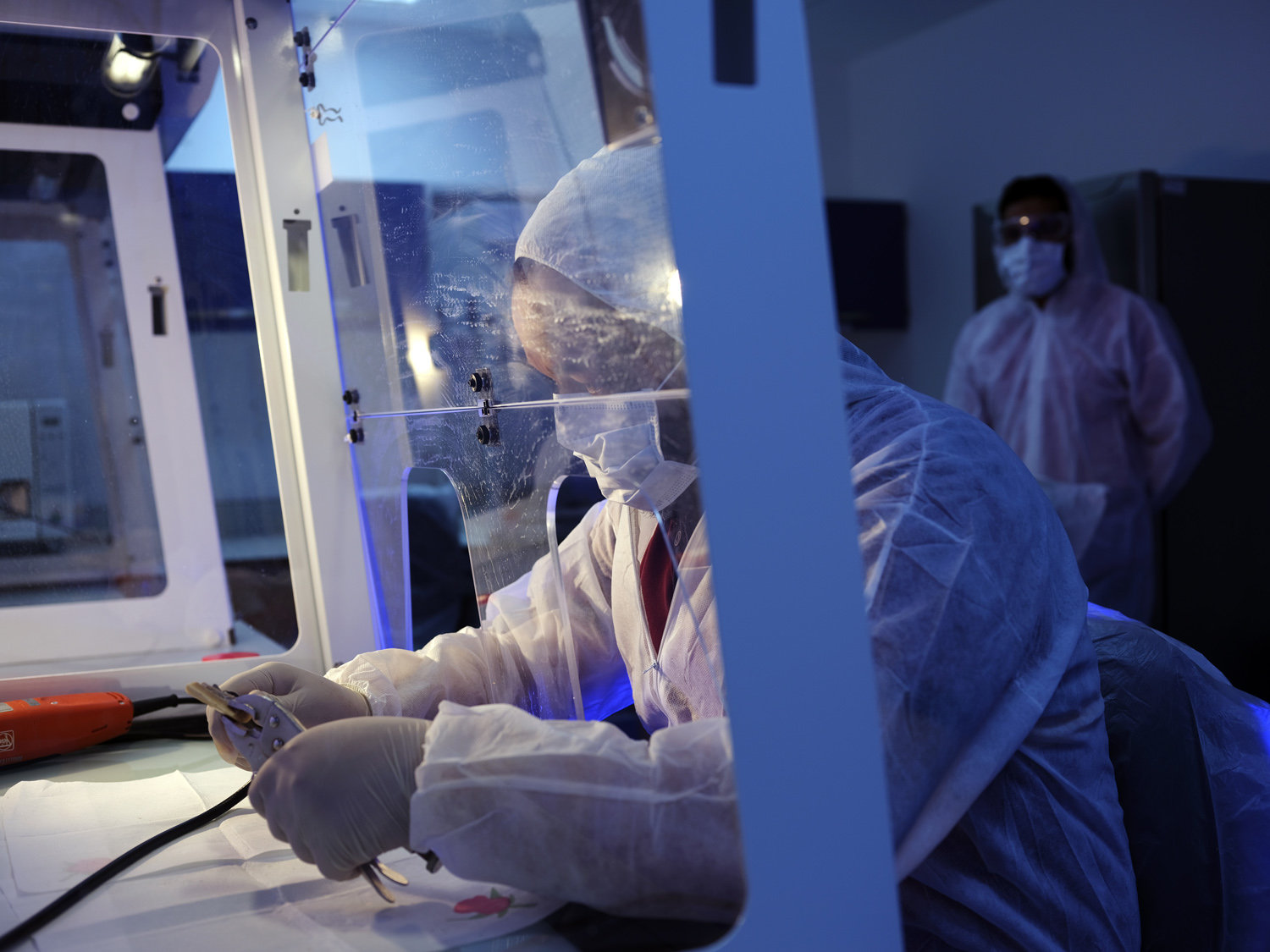 At The General Commision for the Missing lab techinicians store and catalog DNA samples salvaged from mass graves. Despite noit having the means to examine DNA their hope is that by properly storing the samples they will eventually be used to identify missing. In 2012, according to estimates made by the Government of Libya, up to 10,000 persons were unaccounted for. This included persons missing as a result of the 2011 conflict, as well as those who went missing during Muammar Gaddafi’s 42-year rule, including in the 1977 war with Egypt, the 1979 war with Uganda, wars with Chad in the 1980s, and in the Abu Salim prison massacre in Tripoli in 1996. In addition, persons are missing from more recent events – these include victims found in 2020 in mass and clandestine graves in Tarhuna and other areas, as well as migrants traveling to Europe and other locations.

Libya’s first Commission dealing with the missing persons issue was established after the end of the conflict in 2011. At the end of that year, the Libyan National Transitional Council (NTC) created the Ministry for the Affairs of the Families of Martyrs and the Missing (MAFMM) to handle the missing persons issue and dissolved the Commission. Jehad Nga