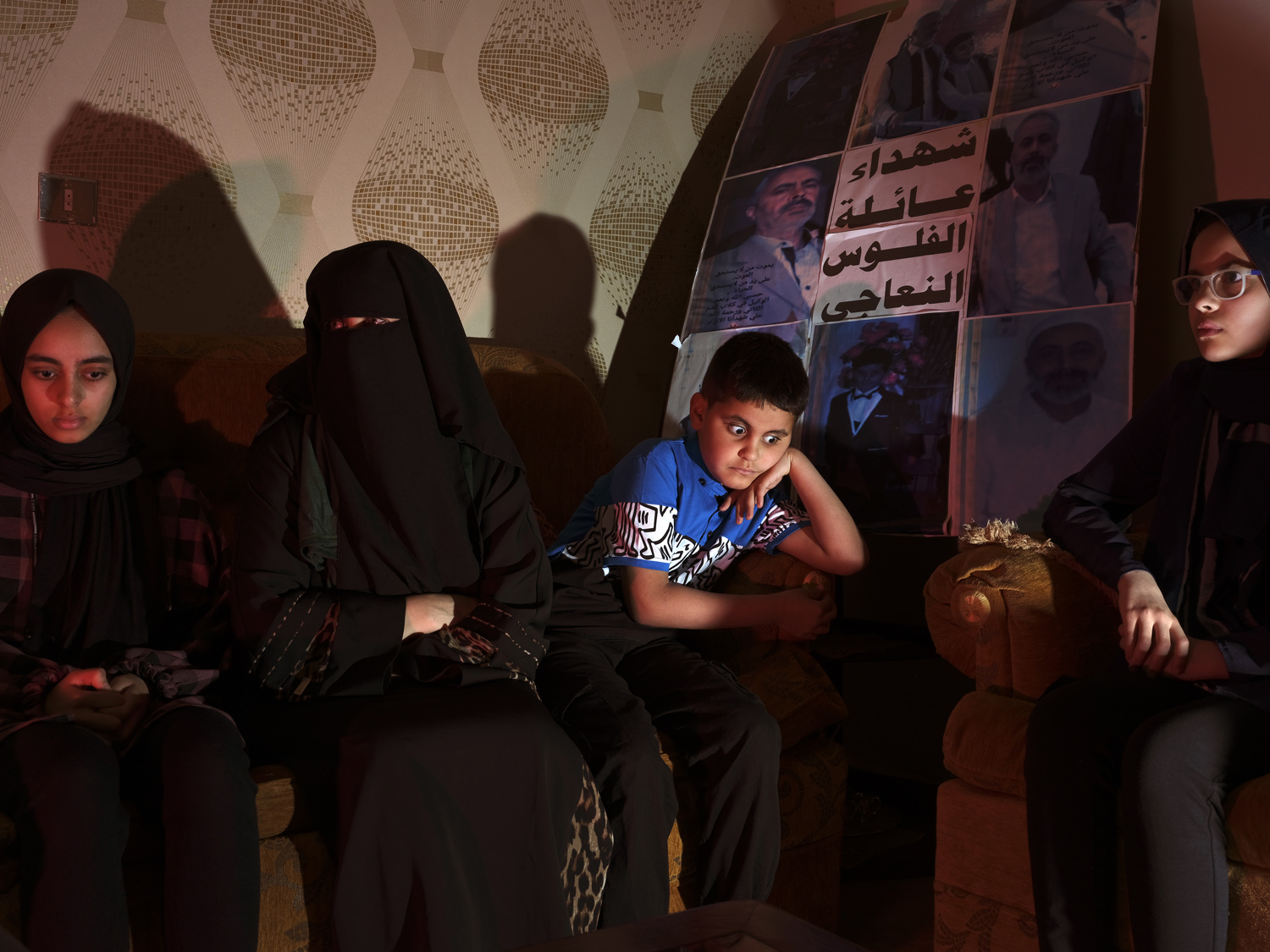 Muatha Naaji sits with his mother and two sisters in their family home in central Tarhouna.

Muatha Naaji (9yrs) is the only survivor of a kidnapping that involved his father and 2 brothers. Having been taken from their family home by a local militia and criminal organzation Muatha witness the killing of his brothers and father though was spared as a means to convey a message to the residents of Tarhouna. Following the killings Muatha began to exhibit behaviours understood to be linked to trauma. He still lives with his two sisters and mother in Tarhouna. Jehad Nga