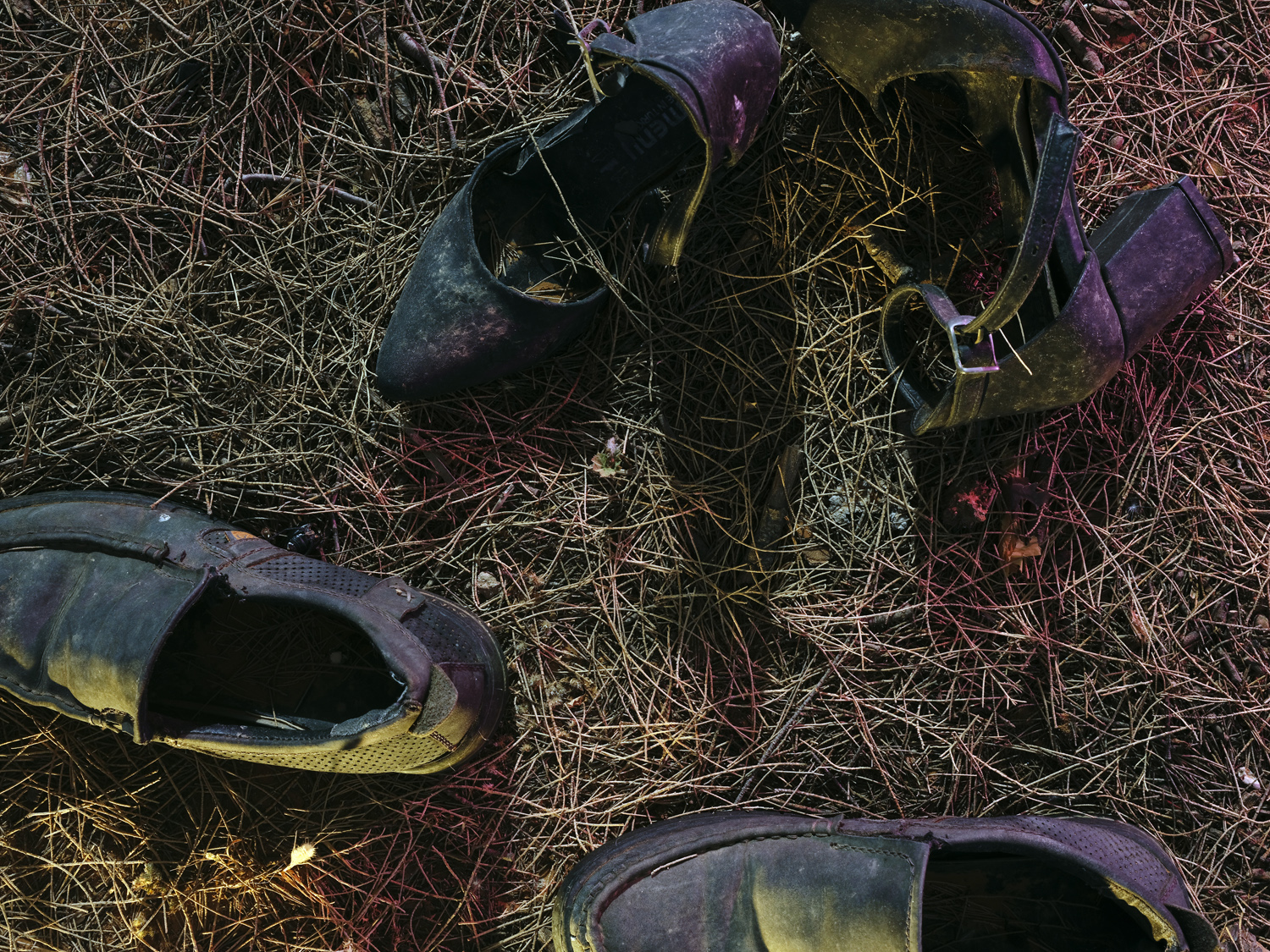 A a site know as the location for numerous killing by the Kani Brother Militia, shoes and other personal remains litter the earth. It is widely believed that mny mass graves are yet to be unearthed in Tarhouna.