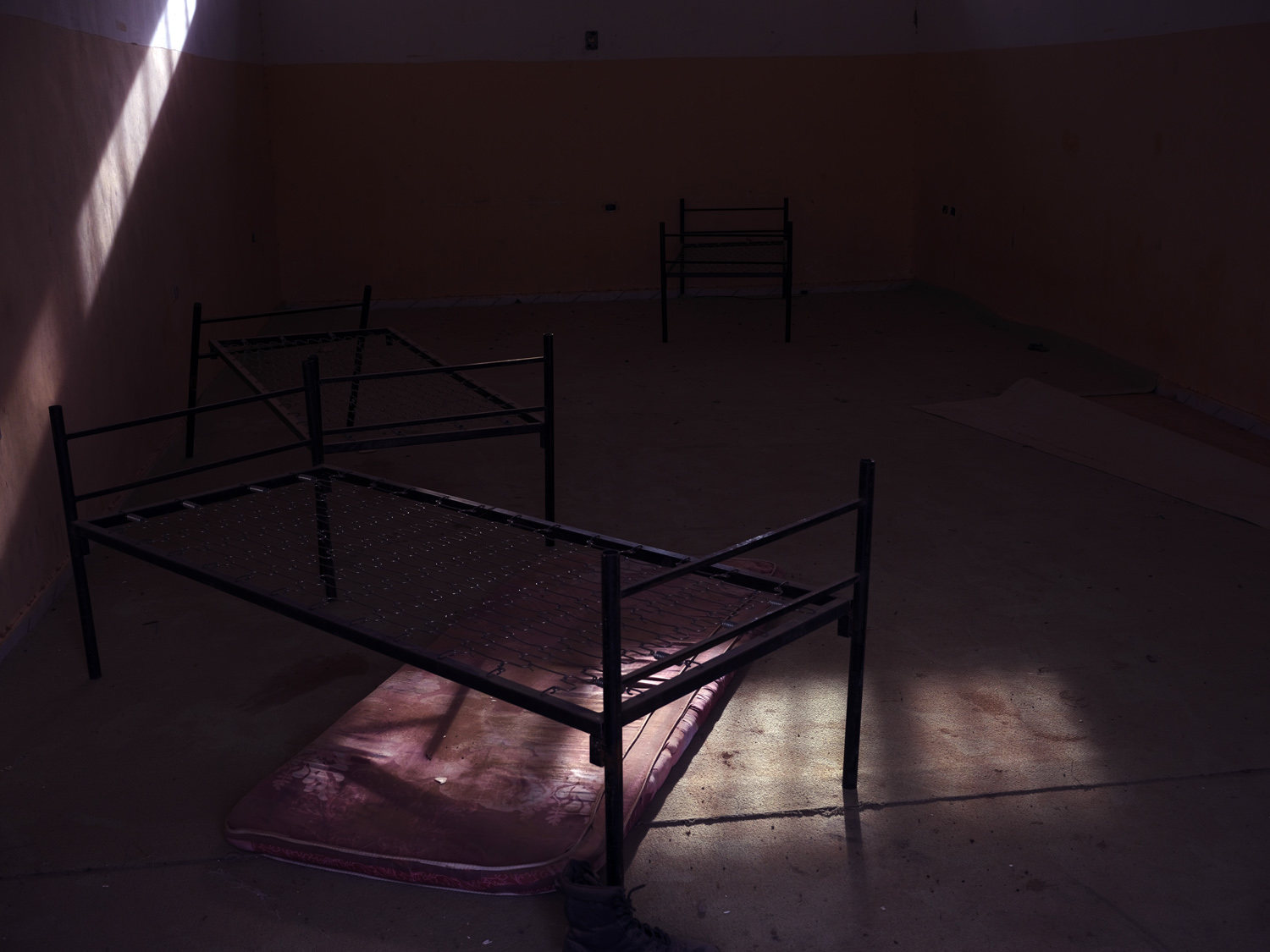 A detention centre used by the Kani militia in Tarhouna was later found to be the site of mass killings and torture. Inside cells personal effects of those jailed still remain.