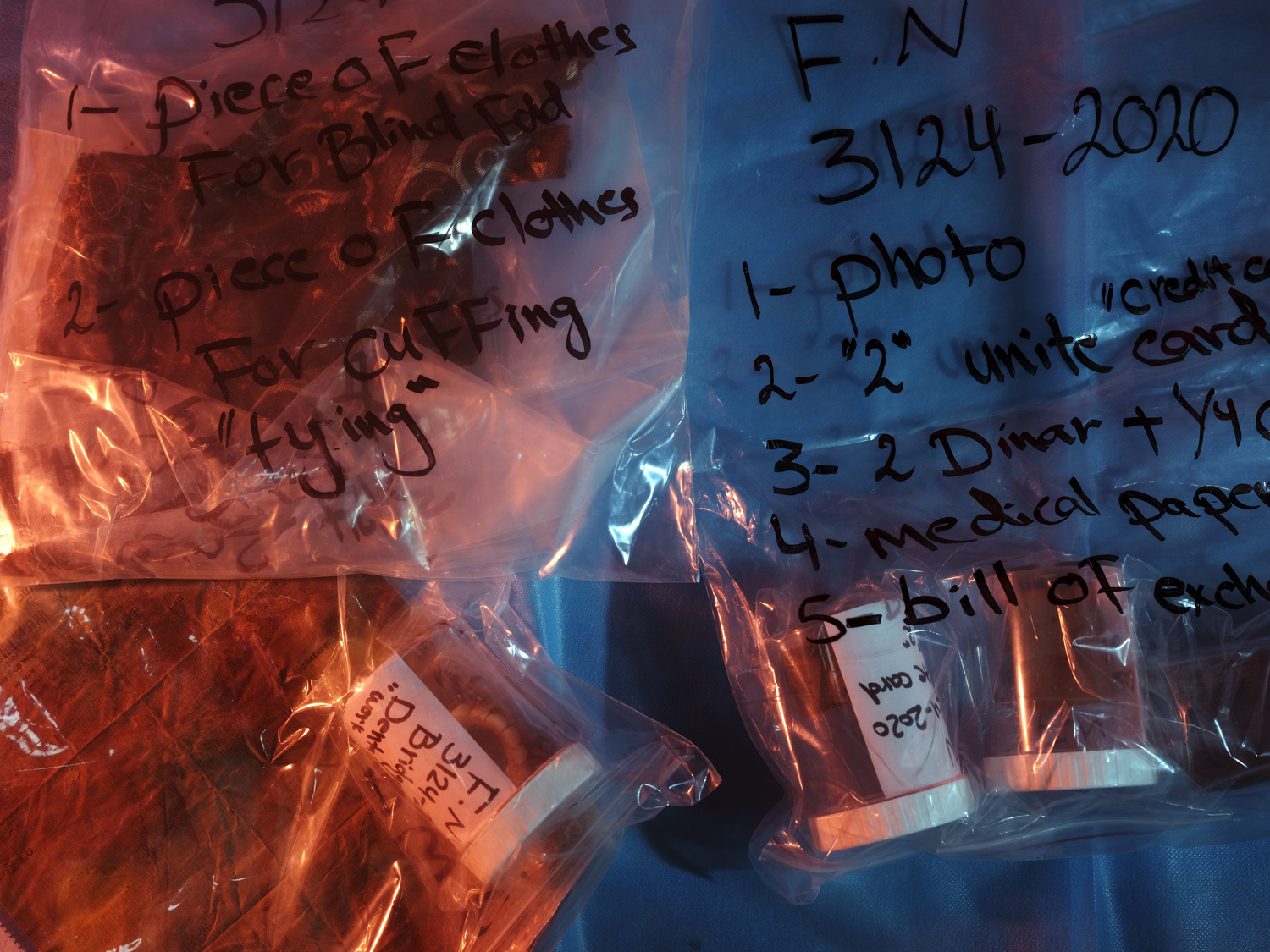 Bags containing the personal effect recobvered from mass graves discovered in Tarhouna. Each bag lists the contents with sharpie and can be helpful in thge identification process.The Mass Grave Commission was established after mass graves began being discovered in the West of the country. Reports of the Kani militia’s atrocities had emerged as early as 2017 and were known to the governing authorities, Libyan lawmakers, the United Nations and others, according to residents, human rights activists and two former U.N. investigators.

But only in recent months, with the unearthing of mass graves, are the full dimensions of the Kani brothers atrocities becoming apparent. Jehad Nga