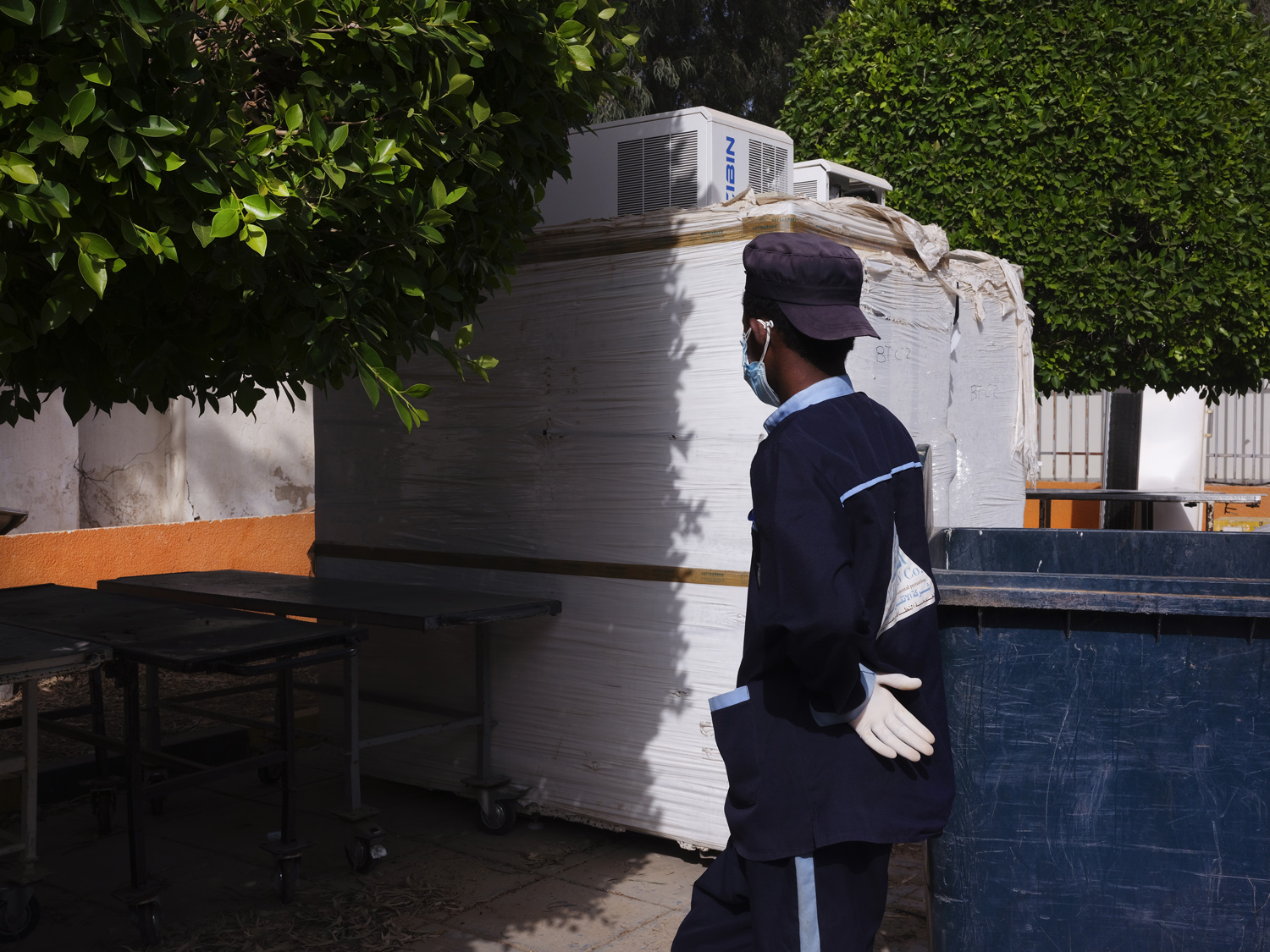 At the city morgue a young caretaker disposes of garbage.

At the main city morgue in Tripoli upward of 76 unidentified bodies remain in cool storage.

The Mass Grave Commission was established after mass graves began being discovered in the West of the country. Reports of the Kani militia’s atrocities had emerged as early as 2017 and were known to the governing authorities, Libyan lawmakers, the United Nations and others, according to residents, human rights activists and two former U.N. investigators.But only in recent months, with the unearthing of mass graves, are the full dimensions of the Kani brothers atrocities becoming apparent. Jehad Nga