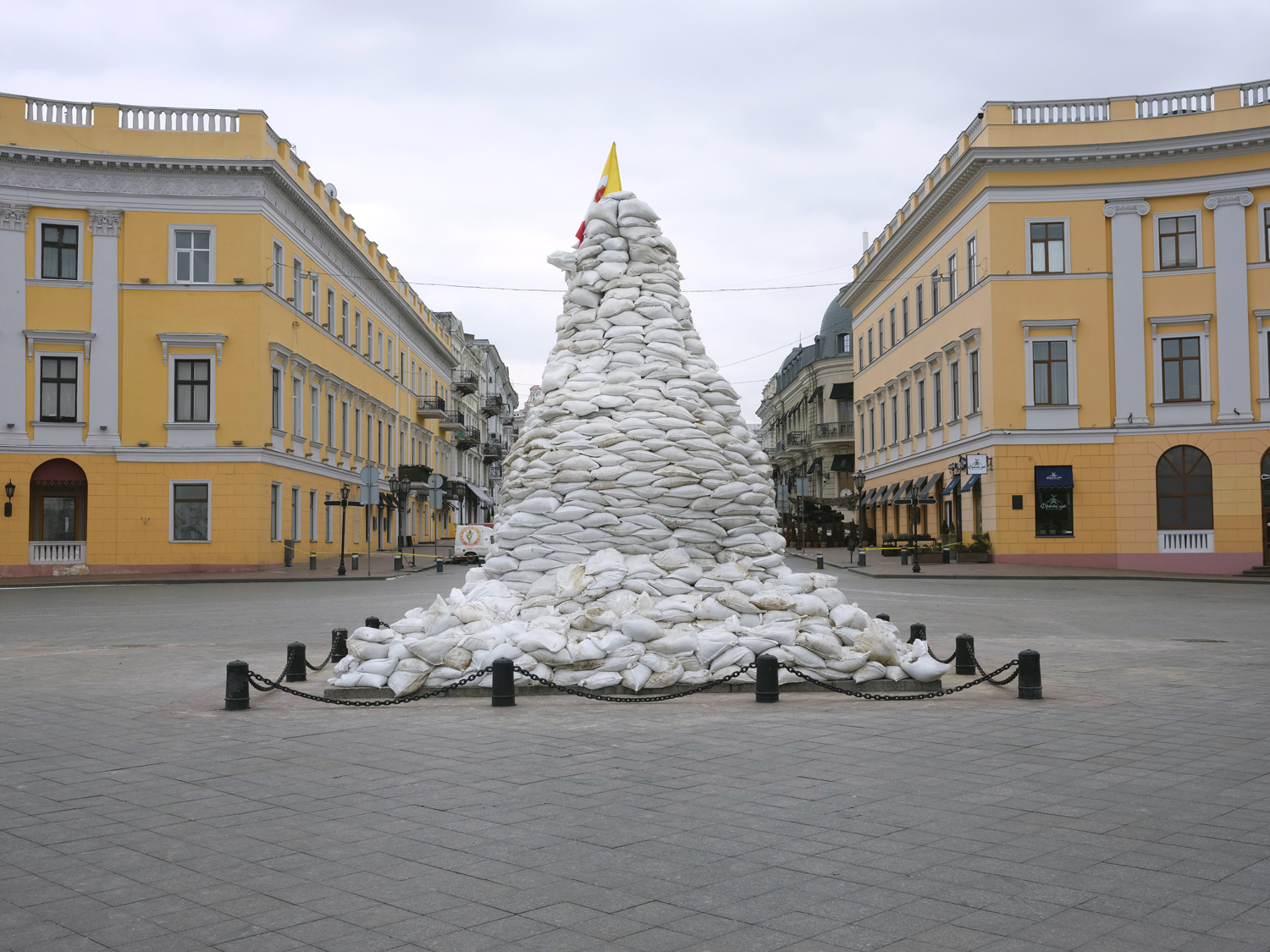 Odesa Story by Robert Worth

One of Odesa's most famous points of interest is The Monuments Duc de Richelieu. With Russian war ships off the coast of the city the city have reinforced the statue with hundreds of sand bags in the event that the Russian forces begin shelling the city.

The old paert of central Odesa has remained sealed off and considered a military zone since the war began in Feb. Odesa's Opera house and museums are among building being reinforced with sandbags and tanks have been positioned throughout the network on of cobble stone streets. Jehad Nga